THE ORGANIZING BOARD OF AICLA MEETS IN VIEW OF ITS INAUGURATION

The board responsible for seeing to the establishment of the Institute AICLA met on the 22nd of March to Reivew the amount of work done so far, both at the level of construction and at the level of preparation for the commencement of the Institute. In attendance were the Major Superior of West Nigeria, VRF Daniel Onyeayana, the Director of the Insititute Fr Peter Okonkwo, Fr Gregory Ezeokeke. Others were Brother Isaiaha Olarenwaju, Fr Ubi Terseer, Sr Gesilia Uzukwu and Sister Chika Eze.

The meeting discussed the level of construction done so far and from the report given by Fr Gregory, the Administrative block is almost complete while the Female Hostel is 75 percent complete. Several suggestions were given to hasten the work in order to have the Institute ready structurally by April 2021. Generally the meeting praised the level of construction so far done and expressed optimism that the entire buildings will be ready before the commencement of Academic work.

The commencement of Academic work was discussed and was also slated for the next Academic year which begins in October. Meanwhile the Academic year will kick off with the yearly theological conference which will feature important presenters in the area of theology, sociology and the medical field. The drive for admission into the institute has already commenced since the structures and the logistics for the Institute is already being put in place. 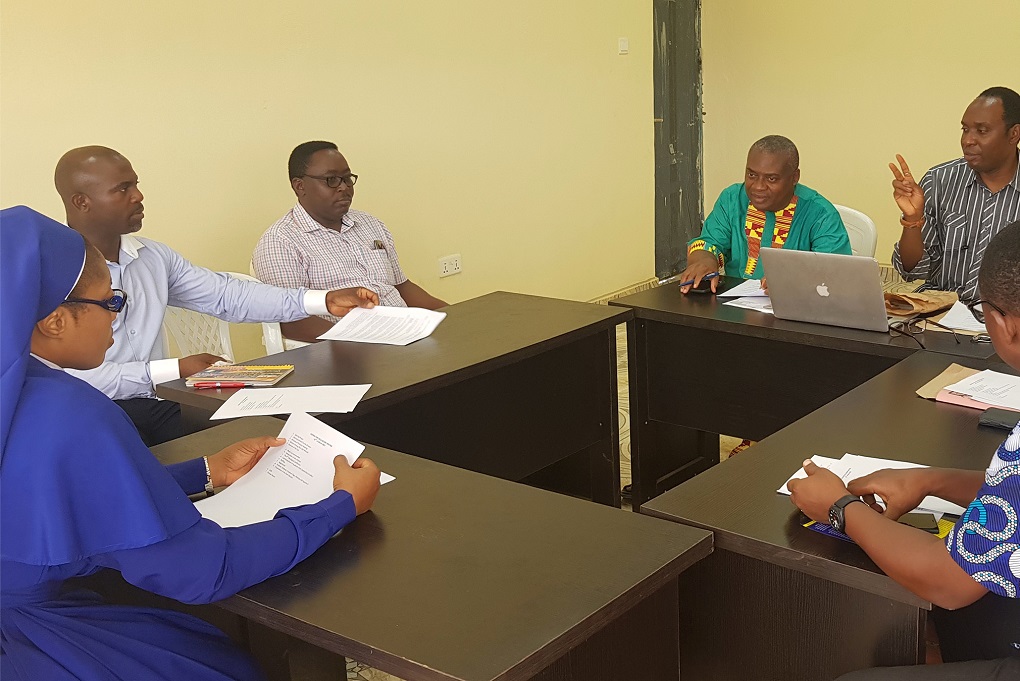